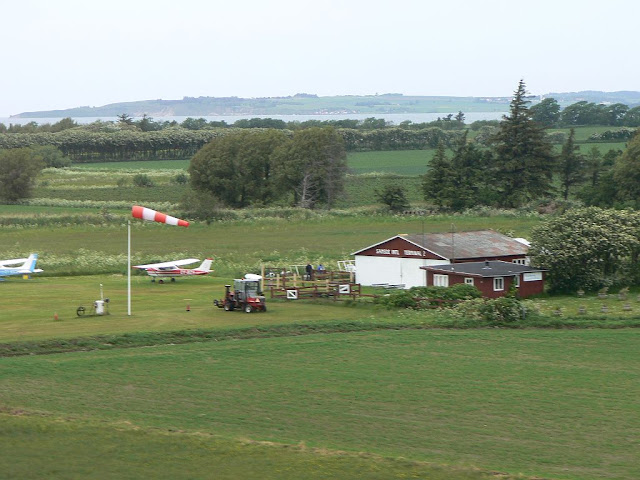 After Cris and Rosi's visit we had a week to wait before the Eslöv fly in and some planning to do. So Samsø seemed an ideal destination. We had hoped to outrun the weather, but were unsuccessful in this respect, so ended up sitting in the clubhouse with the Morsø iron wood burner running of an evening, so cosy. We luckily were in time to catch the airfield manager, Rune before he went to Australia to have a go on some sea planes. Rune is one of the most energetic and enthusistic people you can imagine, I'm looking forward to his scheduled sea plane service between Samsø, Århus and Copenhagen it's a brilliant idea.

We went and helped out at the school fête on the Saturday. Well, when I say helped: I played with Mille (Rune and Eva's very cute, very determined daughter) letting her parents work. That's good being helpful, right? 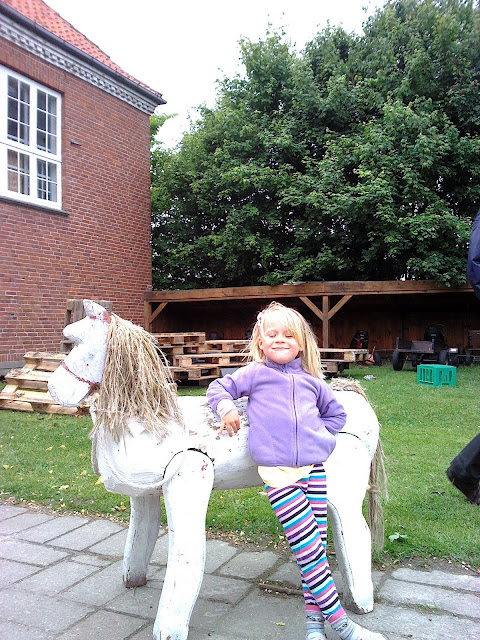 Last year we were interested to discover that a Venetian couple, Lorenzo and Valentina, had moved to Samsø and opened an Italian food store. This year their plans have moved along, with a new location and soon to be opened cafe and Gelateria. Mmmm. We wish them well in their endeavour, Cafe Tua. We tried to take them for a fly, but the weather was inclement.